In March, the construction team of the cable-stay bridge carried out the first lift of the main pylon’s upper cross beam, or bow tie. This initial stage set up last week’s final lift, which saw the upper cross beam raised roughly 20 metres above the deck of the new Champlain Bridge. The massive bow tie is a reinforced concrete element that connects the main pylon’s two lower legs, upon which the upper portion will be poured in situ using climbing forms. Over the coming weeks, the installation of post-tension bars will make it possible to attach the bow tie to the structure. It will set the stage for subsequent work to bring the pylon to its full height of 170 metres — roughly the same height as the mast of the Olympic Stadium. 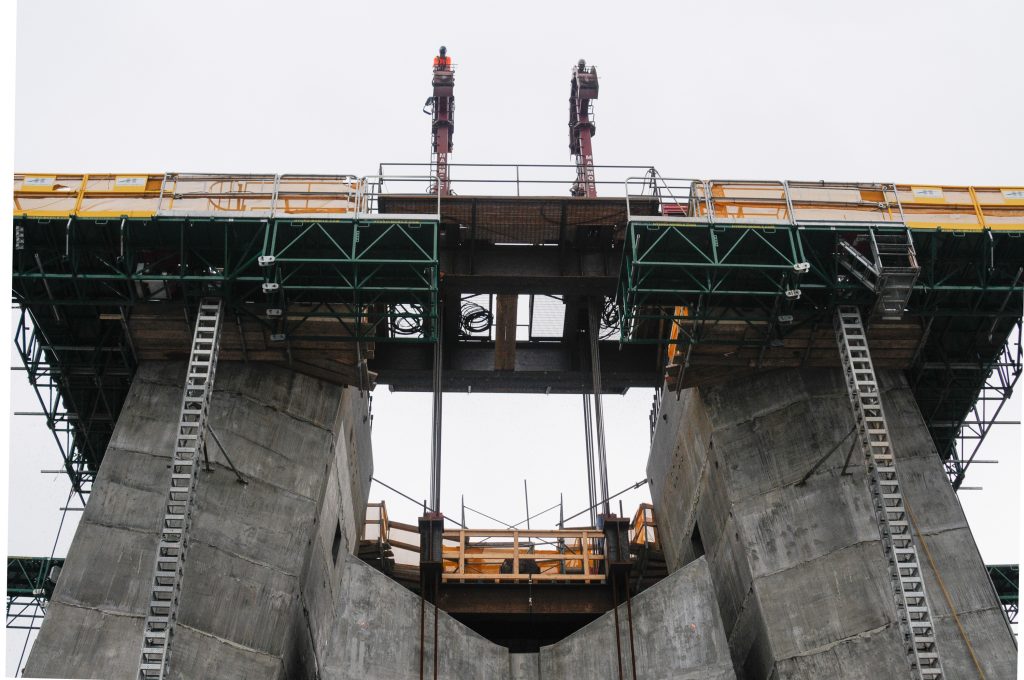 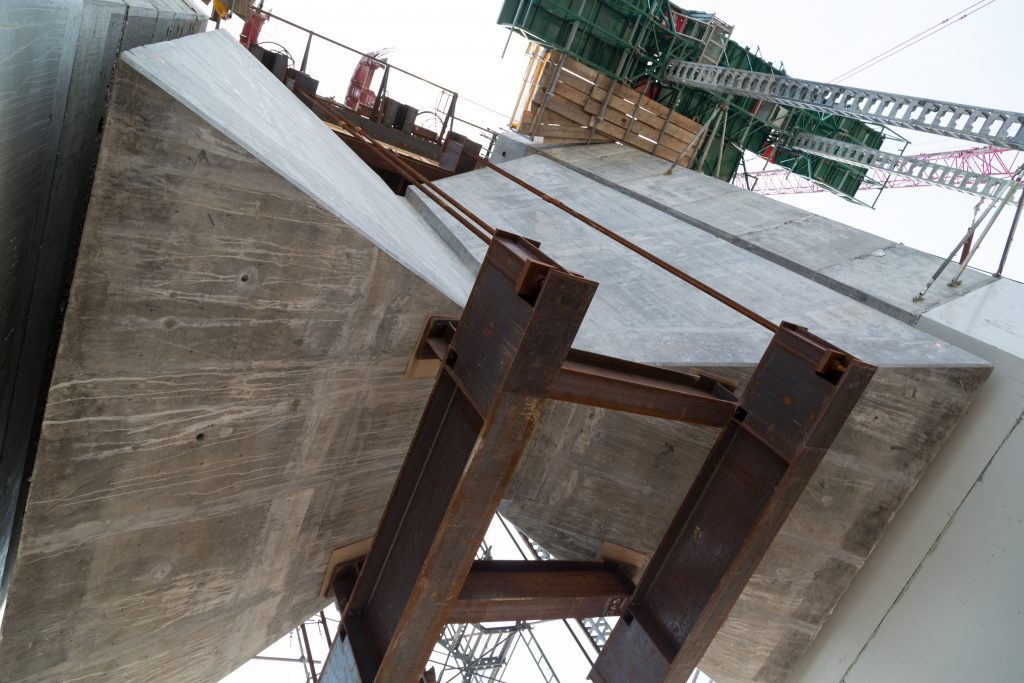 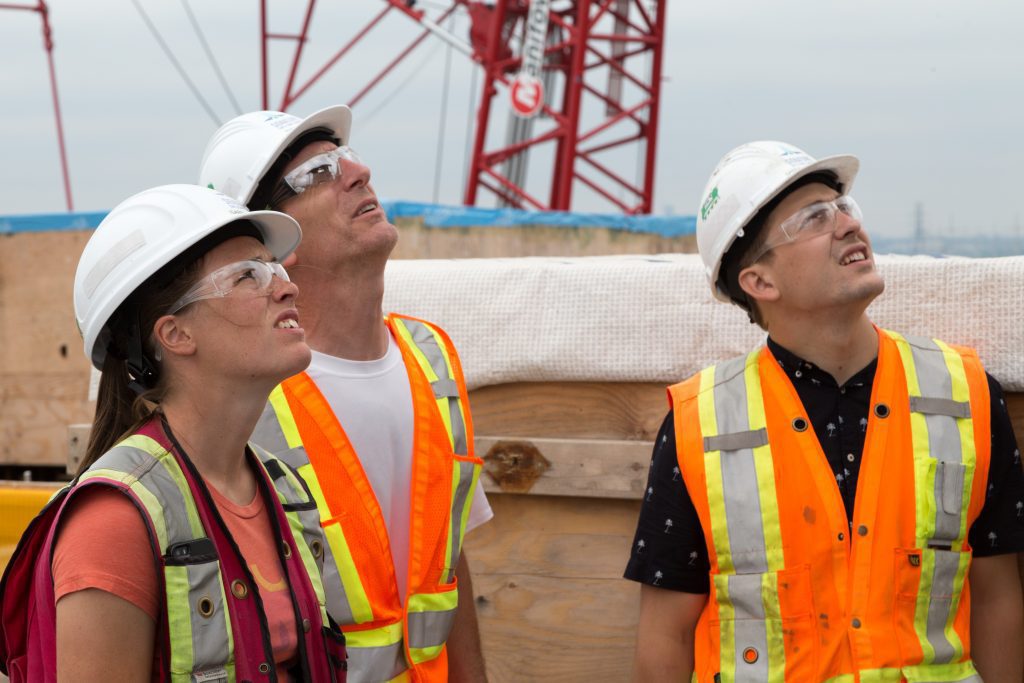 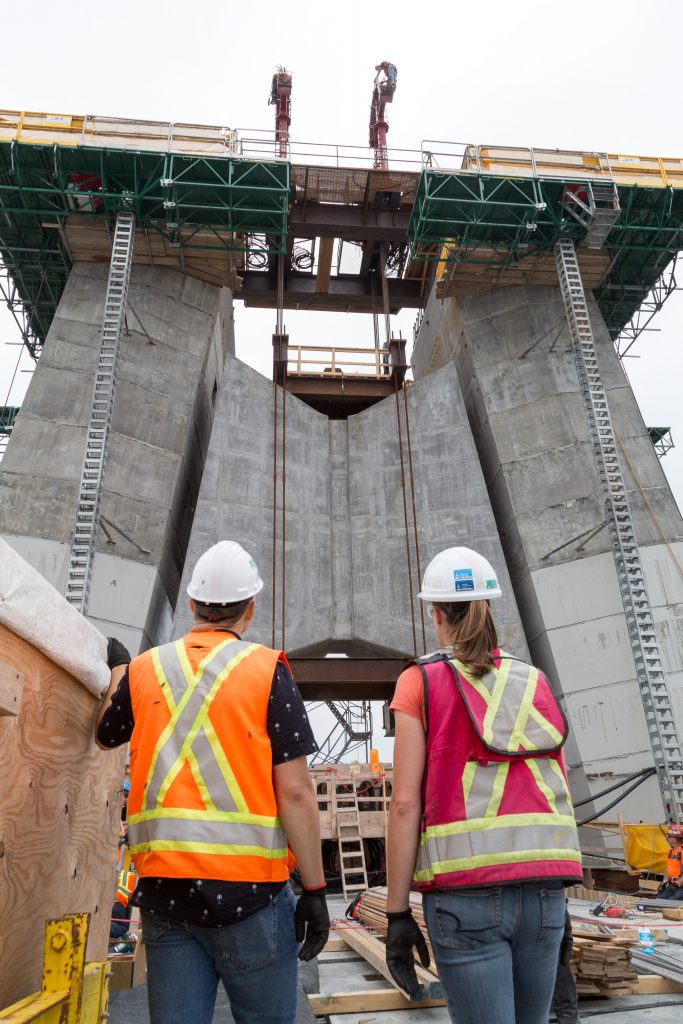 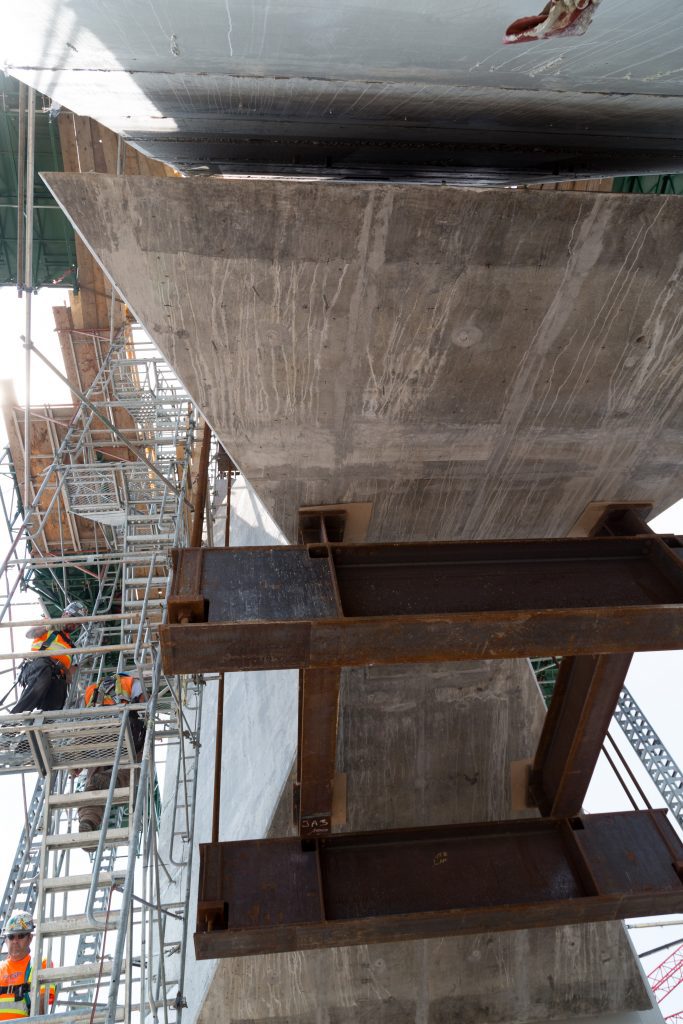 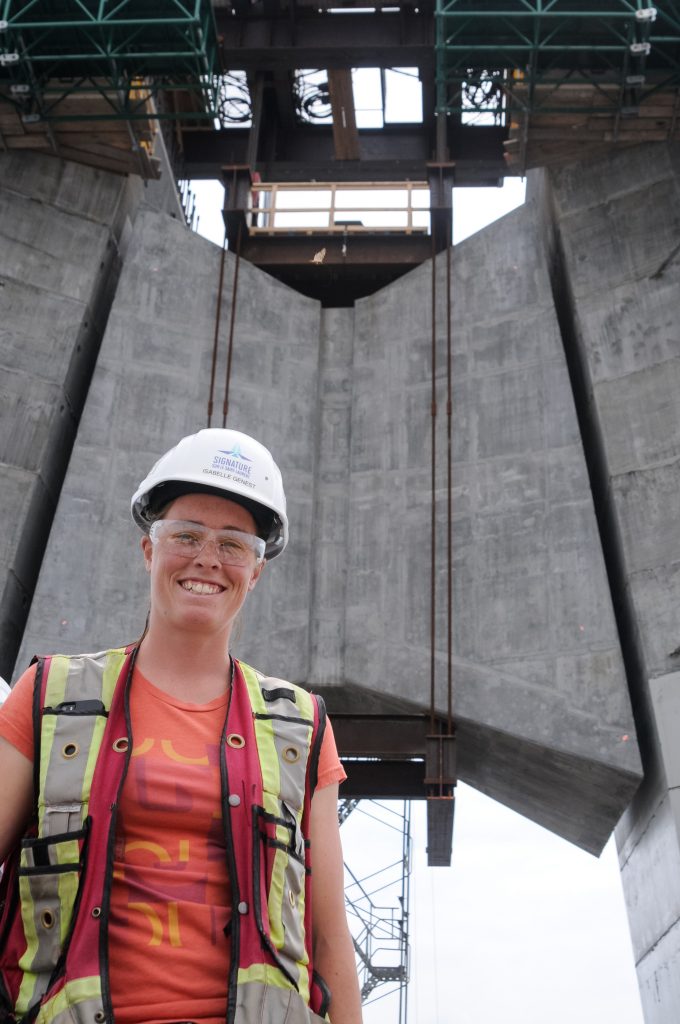 See our graphic for key facts on the main pylon of the new Champlain Bridge :