We have reached another stage in the New Champlain Bridge Project: the first two steel box girders have arrived on-site. Our east approach teams will be preassembling these girders over the coming months.

“The box girder is a key element in a bridge’s deck. Once the box girders and secondary steel has been erected, precast concrete slabs will be installed on the girders and secondary steel  followed by an overlay which motorists will ultimately drive over. That’s why it’s a major milestone for us: it kicks off work on the bridge’s superstructure,” explains Stéphane Pereira, Area Manager of the East Approach. 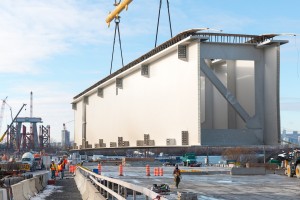 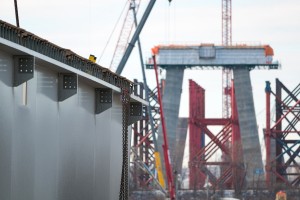 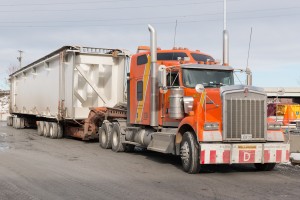 CANAM Quebec, and their subcontractors will be building the 600 box girders required for the superstructure of the new Champlain Bridge’s approaches.

It is a huge coordination task for all our teams. The box girders must be delivered in a precise sequence to make sure installation and assembly of the various parts go efficiently.

Box girders for the new Champlain Bridge by the numbers