The first pier caps of the New Champlain Bridge are installed

With construction on the new Champlain Bridge moving along,  our team reached another milestone last week, installing the first pier cap on the cable-stayed bridge. The pier caps are colossal, W-shaped lateral steel girders on which the three traffic corridors will rest. The first half of the cap was put in place on Saturday June 10th, and the operation was completed in the following days, with crews positioning the second half and connecting it to the first. Lifting each half-cap is a complex operation, as Pierre Velghe, Operation Leader for the structural steelwork on the cable-stayed bridge, explains: “This is not a standard tandem lift, as we have seen on other parts of the project. This operation calls for two 650-ton cranes. We have to pick up a 261‑ton piece (with all the equipment) horizontally and then  rotate it vertically so it can be installed. This is actually the first time the piece is everpositioned upright, since the pier caps are  built, stored and shipped entirely horizontally.” 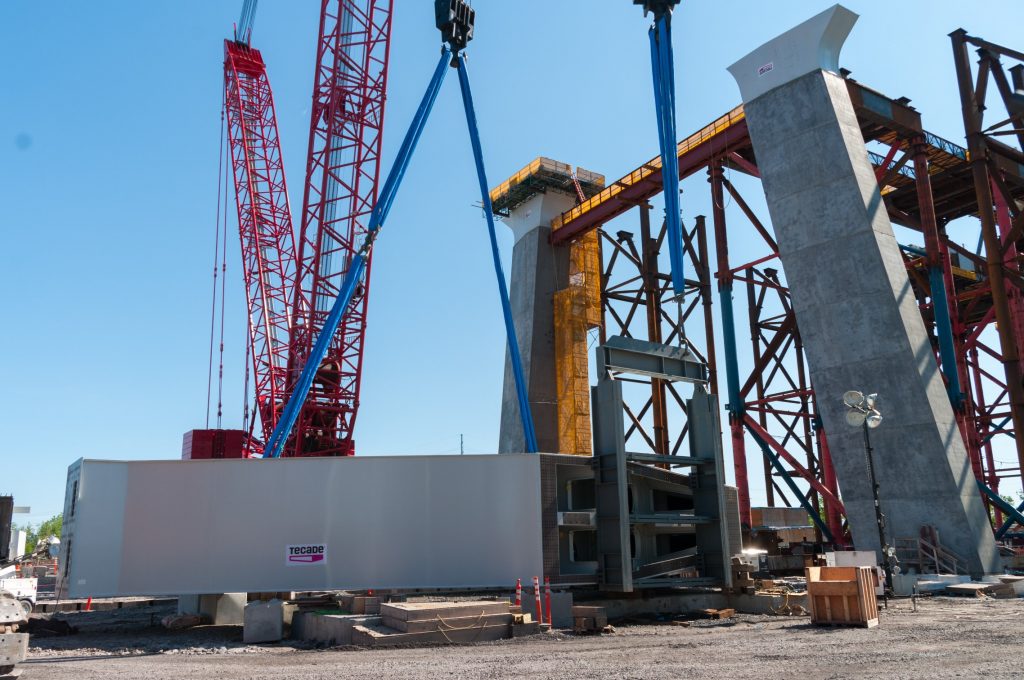 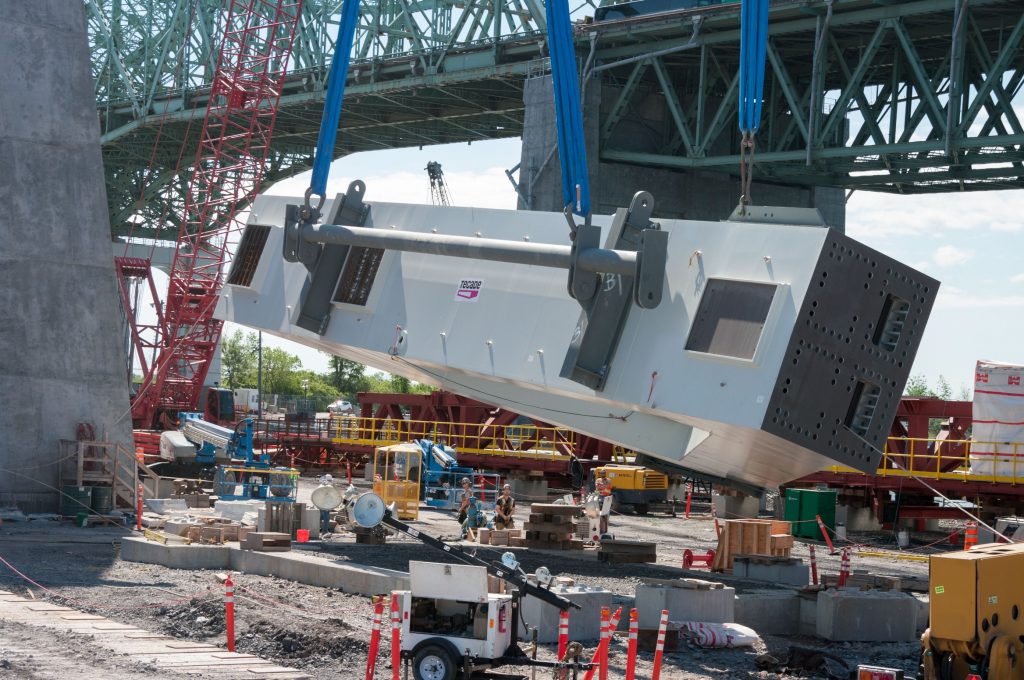 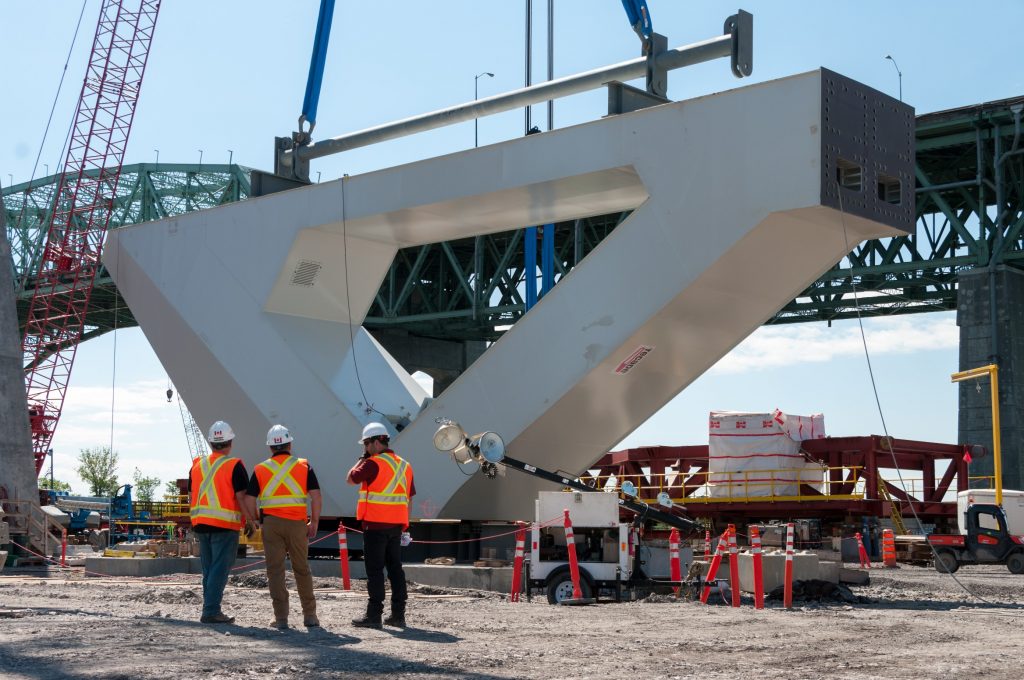 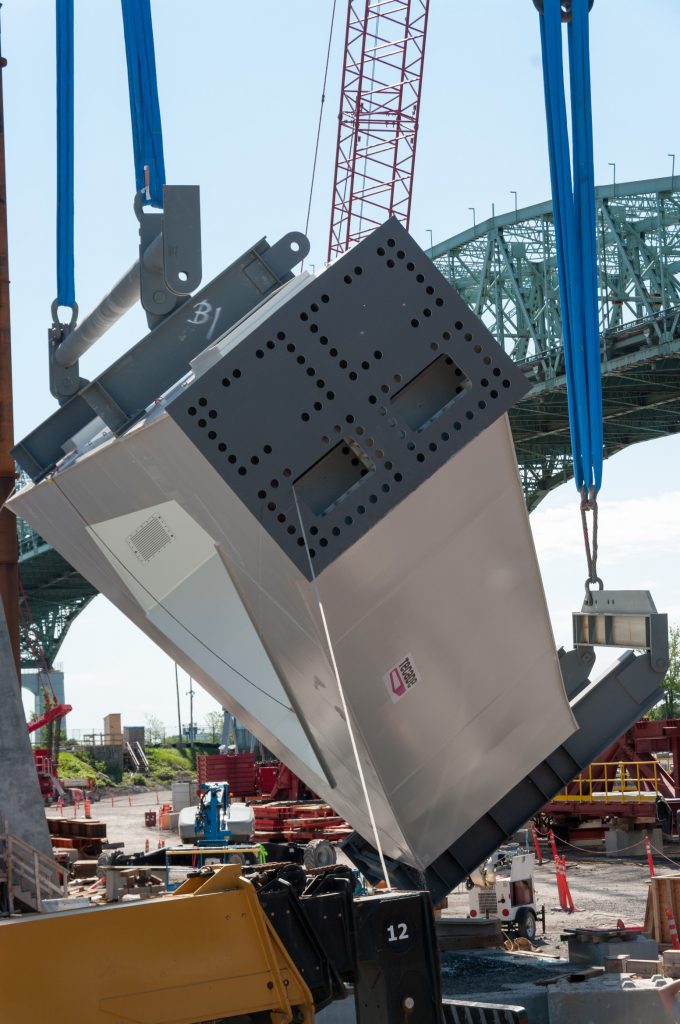 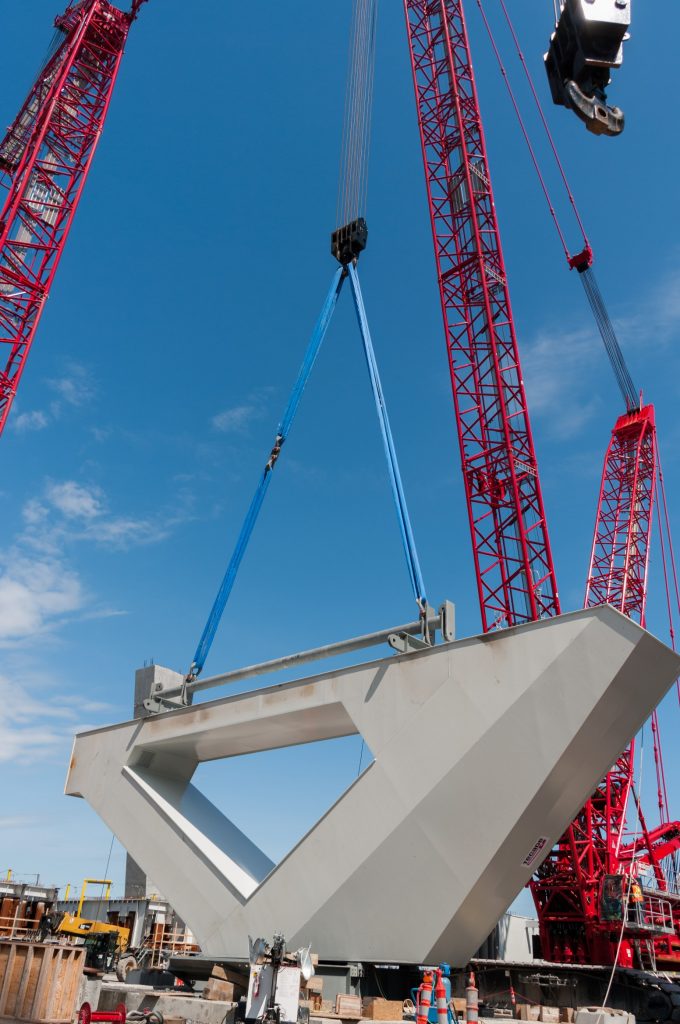 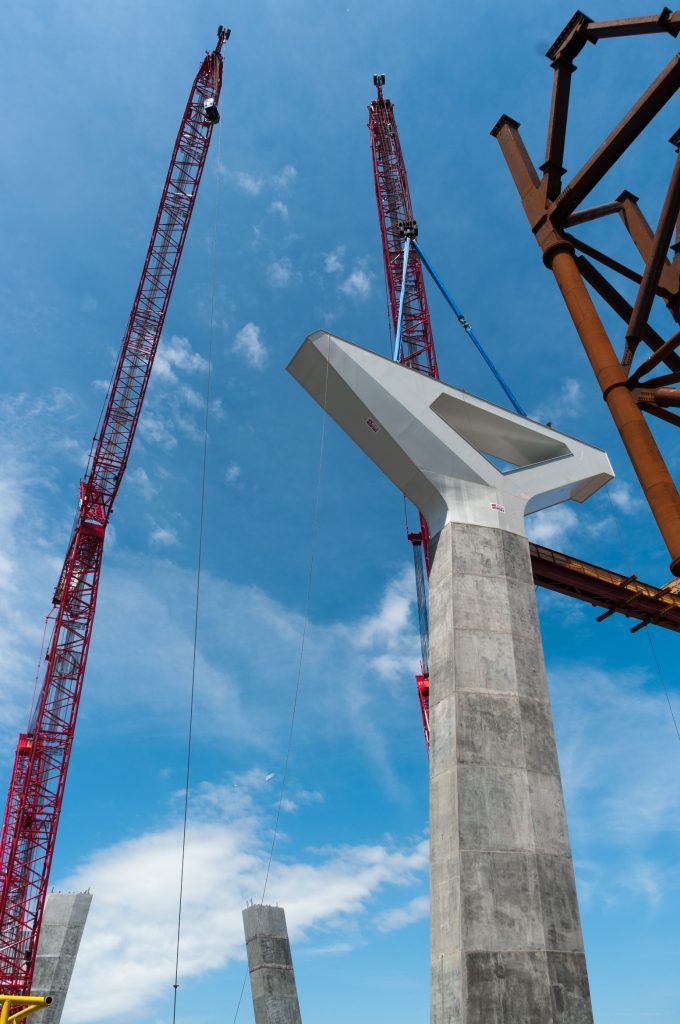 Scott McDonach, Field Engineer for the cable-stayed bridge, adds, “Our team faces two  principal challenges with the pier caps. It is essential that we put up the transition pieces juxtaposing the piers within the approved tolerances; giving us a solid base to install the pier caps. We then need to make the connection in the centre of the pier cap with pinpoint accuracy, if the piece is to be solid and properly fulfill its function.

Frédéric Guitard, Area Manager of the cable-stayed bridge proudly adds: “The final installation of these structures, to the nearest millimeter, is the result of rigorous and precise preparation, coordination and execution work carried out for over a year   jointly by our team of engineers, surveyors, and workers from all disciplines.”

The pier cap is a crucial structural element that ensures the support of the superstructure and bridge deck. Concretely, it makes it possible to support the weight of the various elements that will be installed, distributing the load between the two piers. In all, 37 caps will be put in place over the coming months. 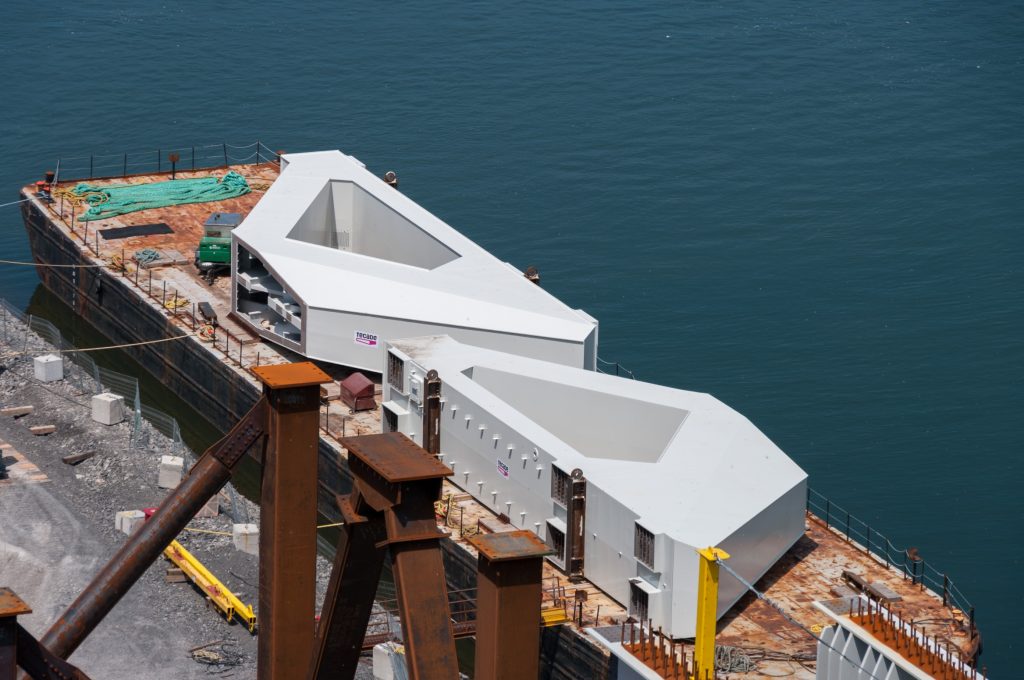 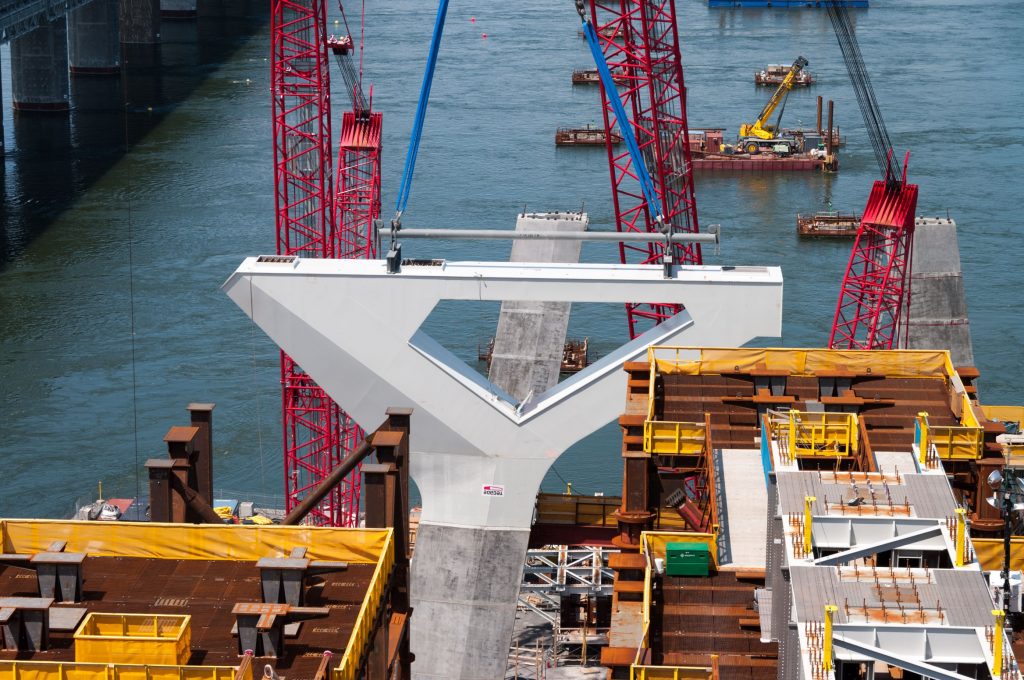 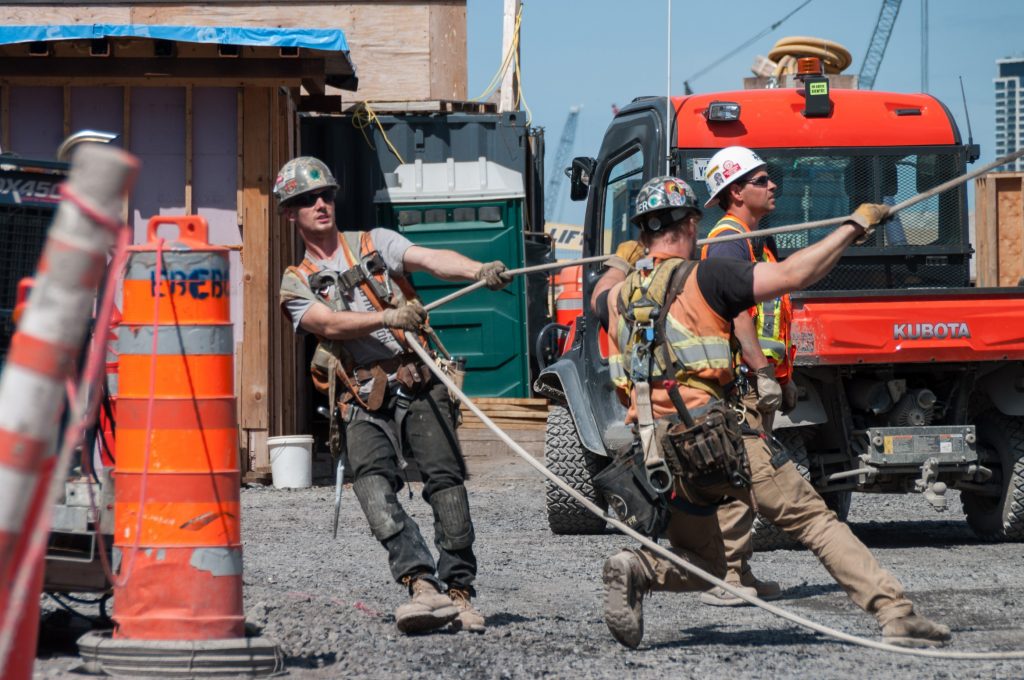 Pier cap by the numbers