The team tasked with building the new Nuns’ Island (Île-des-Sœurs) bridge had something to celebrate last week, having installed the last of the 160 girders that form the bridge superstructure, as well as the last concreting job on the deck of the northbound span, thus completing a major stage of the project linking Verdun and Nuns’ Island.

“There are always plenty of challenges when working over water and installing such critical components as girders,” explains Jean-François Paradis,” Field engineer for the new Nuns’ Island Bridge. “We therefore need to remain vigilant at all times, notably from a safety standpoint, and we plan all lifting operations very carefully. Each time we work with the crane, the way we do it might change, depending on the speed of the current and the water level at the time.”

“I’m really proud of all our teams, both on site and in the office, because installing the last girder is very high-precision work,” adds Carlos Uranga Sarazin, Highway Construction Manager, which includes the Nuns’ Island Bridge. “It was a major challenge in that the bridge is built on an angle, which results in asymmetric deflections as the girders are installed, so geometrical control is of paramount importance.  We therefore had very little room for error! The surveying and construction teams had to work very closely together for everything to fit just right.” 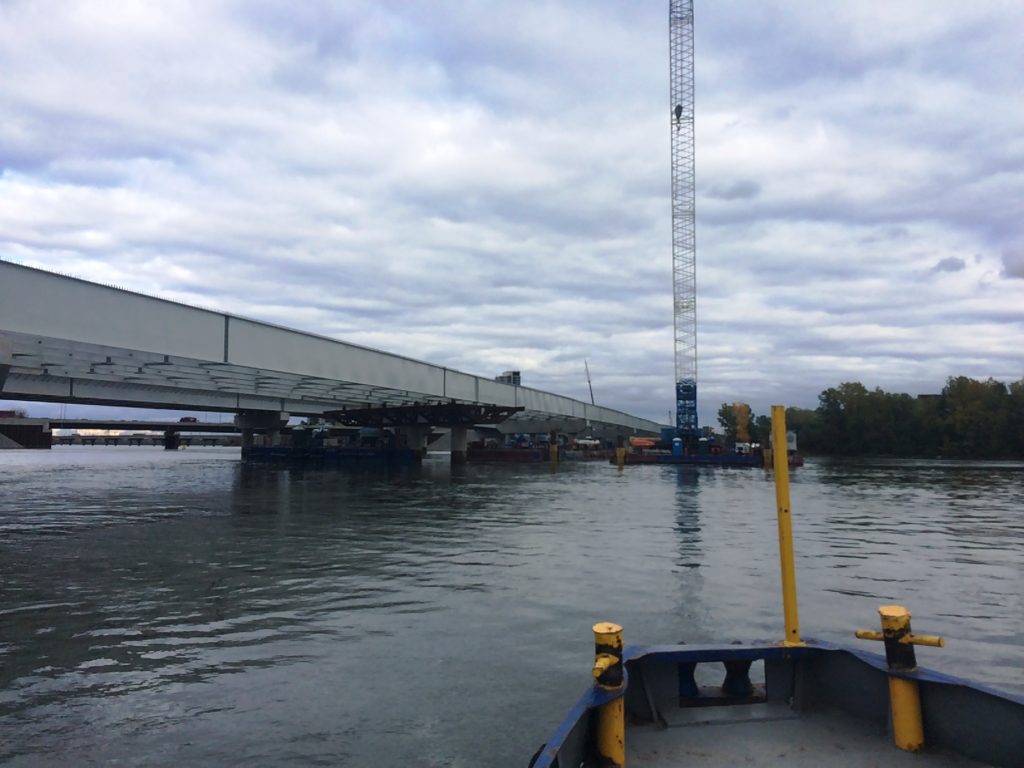 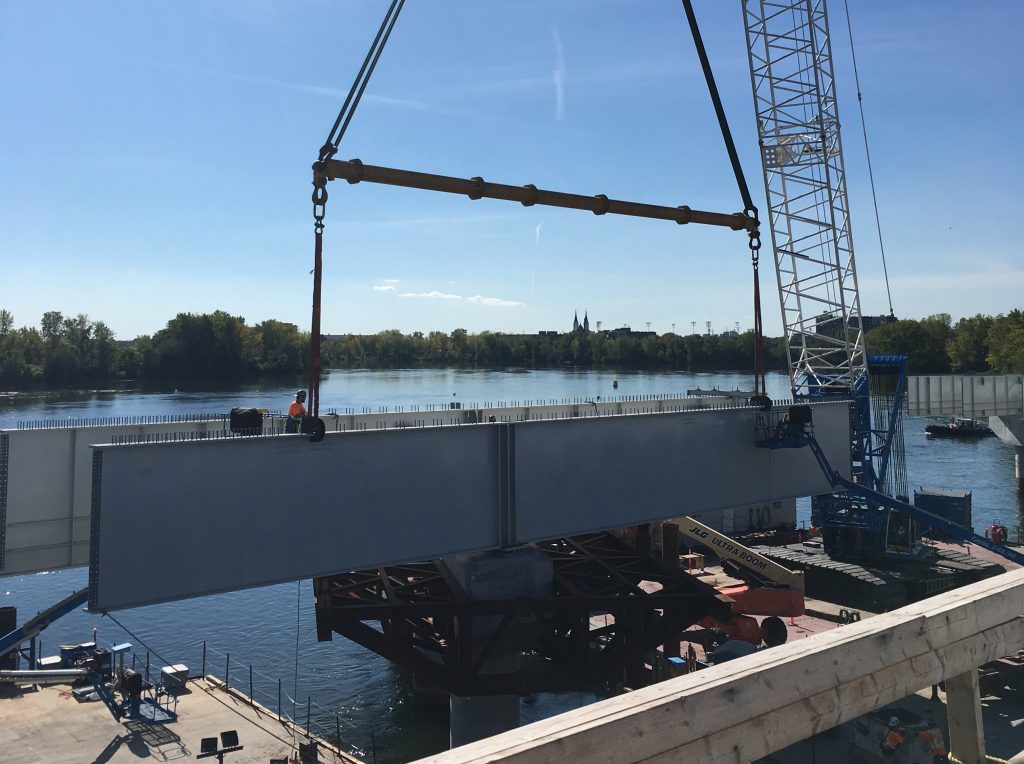 It is worth noting that since the Nuns’ Island Bridge girders are now all in place, some of the iron workers have left to join the people working on the New Champlain Bridge.

At 500 metres, the new Nuns’ Island Bridge is the project’s second-longest bridge. It consists of separate spans going in each direction: A15 North and A15 South. The southbound span is a little wider, as it accommodates the multi-use path between Verdun and Nuns’ Island.